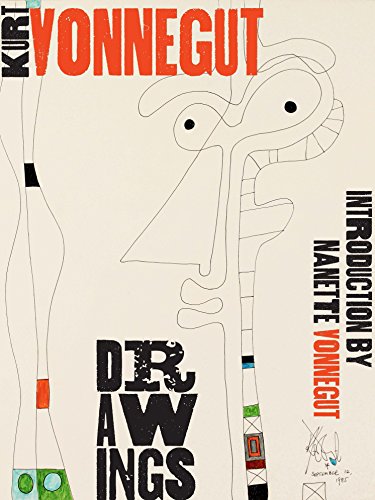 Those who know Kurt Vonnegut as one of America's most beloved and influential writers will be surprised and delighted to discover that he was also a gifted graphic artist. This book brings together the finest examples of his funny, strange, and moving drawings in an inexpensive, beautifully produced gift volume for every Vonnegut fan. Kurt Vonnegut's daughter Nanette introduces this volume of his never before published drawings with an intimate remembrance of her father. Vonnegut always drew, and many of his novels contain sketches. "Breakfast of Champions" (1973) included many felt-tip pen drawings, and he had a show in 1983 of his drawings at New York's Margo Feiden Gallery, but really got going in the early 1990s when he became acquainted with the screenprinter Joe Petro III, who became his partner in making his colorful drawings available as silkscreens. With a touch of cubism, mixed with a Paul Klee gift for caricature, a Calder-like ability to balance color and line, and more than a touch of sixties psychedelic sensibility, Vonnegut's aesthetic is as idiosyncratic and defiant of tradition as his books. While writing came to be more onerous in his later years, making art became his joyful primary activity, and he made drawings up until his death in 2007. This volume, and a planned touring exhibition of the drawings, will introduce Vonnegut's legion of fans to an entirely new side of his irrepressible creative personality.