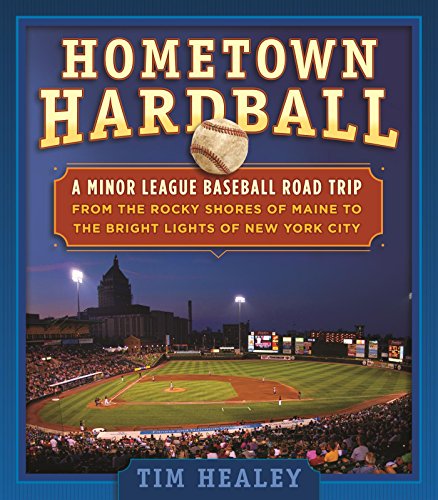 Grab a Zweigle's White Hot at Dwyer Stadium (built in 1939) and cheer on the Batavia Muckdogs. Join B.B. the Bluefish as he warms up the crowd at Bridgeport's Ballpark at Harbor Yard. Take in the view of Coney Island from the upper deck of MCU Park, home of the Brooklyn Cyclones. Watch from a box seat in Pawtucket as top Red Sox prospects try to make it to the bigs. . . . It's all part of minor league baseball in the Northeast.

This book conveys the essence of the sport--from the sublime (summer nights under the lights cheering for a hometown team) to the ridiculous (racing bagels, cowboy monkeys, garish "alternate" uniforms--by visiting 27 minor league ballparks through the Northeast. It offers both a visitor's guide and an appealing narrative, covering the particulars of each venue--who plays there and when, how to get there, where to sit and what to eat--and describing what makes each park, and each team and town, special.

It also offers a bit of history of the parks--the legends who played there and the great games they hosted.

From Portland, Maine (home of the Sea Dogs) to Altoona, Pennsylvania (home of the Curve), this book features Triple-A, Double-A, and Single-A action from every part of the region.